Google Chrome has a new beta and a new Blog too!!!

We all know how Google removed the BETA tag from Chrome in a hurry, The reason given by Google then was “We have removed the beta label as our goals for stability and performance have been met" but TechCrunch gave another explanation for this >>

Google Chrome is not out of beta because it’s ready, but because Google wants to sign some deals with computer manufacturers like Dell that will pre install the browser. ” The Google’s open source browser has a number of eager customers, including OEMs who can’t offer the browser until it is in full release.

Whatever might have been the reasons Google today started a new Beta channel and released a new BETA version..

Since we took the "beta" tag off Google Chrome in December, we've been updating two release channels: developer and stable. With our latest release, we're re-introducing the beta channel for some early feedback — and if you're reading the brand new Google Chrome blog, you are probably just the person to give it a try.
The best thing about this new beta is speed — it's 25% faster on our V8 benchmark and 35% faster on the Sunspider benchmark than the current stable channel version and almost twice as fast when compared to our original beta version. 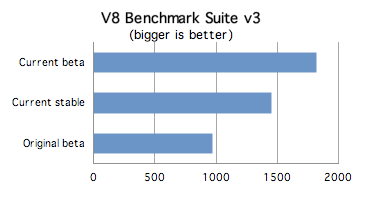 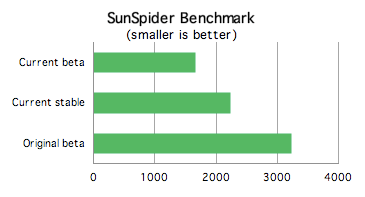 Some of the new features you can try out include form autofill, full page zoom and autoscroll (both thanks to a new version of WebKit), and a cool new way to drag tabs out to get a side-by-side view (shown below).

Getting on the beta channel means your version of Google Chrome will regularly get updated with new speed enhancements, features, and bug fixes before most users see them. We're doing our best to quickly churn out new features as they are available rather than saving them up for occasional major releases. Riding the beta channel is a great way to let us know about what's working and what's not, but don't be surprised to find some rough edges. Also, if you're looking for an even earlier (and rougher) sneak preview of things to come, you can always move to the developer channel.
Try out the latest Google Chrome BETA.

Posted by AalsiPanda at 5:40 AM