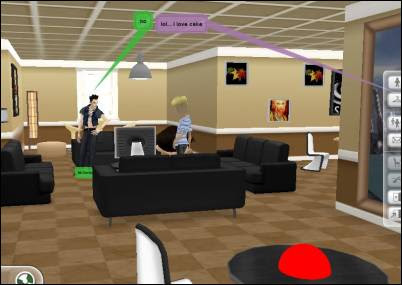 Google announced that on December 31st they will shut downLively, which was their 3D chat world, and somewhat of a potential competitor to Second Life. Room widgets embedded in other sites are then supposed to show an image but no more interaction, which would add Lively to the list of Google’s canceled products. Google’s post on this decision does not really give a detailed reasoning for this shut-down of a product which was just released this year, except that they’re saying “we want to ensure that we prioritize our resources and focus more on our core search, ads and apps business.” In particular, this leaves some questions unanswered as a company could theoretically embed ads in this 3D world app.

Lively was a great-looking Google product. On the other hand from the beginning on it was riddled with regular program crashes for some users, though the situation improved over time. There were other oddities as well, like a flood of sex rooms almost kidnapping the Lively rooms directory, or custom images never quite fitting the object you’d put them on (and then being disabled altogether for a while). It was still a fun experience, with a fresh and intuitive interface that I found more beginner-friendly than Second Life. Building rooms was entertaining and casual, with features like integrating YouTube videos by pasting the video URL, leading to quickly shareable results.