If you liked the feature from Picasa Web Albums that detects the faces in your photos and clusters them, it's now available in Picasa 3.5. Face recognition works locally, without sending data to Google's servers.

For some reason, the feature is enabled by default and it starts to process your photos right after installing the software. It's pretty slow and the accuracy is far from perfect: you might see multiple clusters for the same person and different people addded to the same cluster. 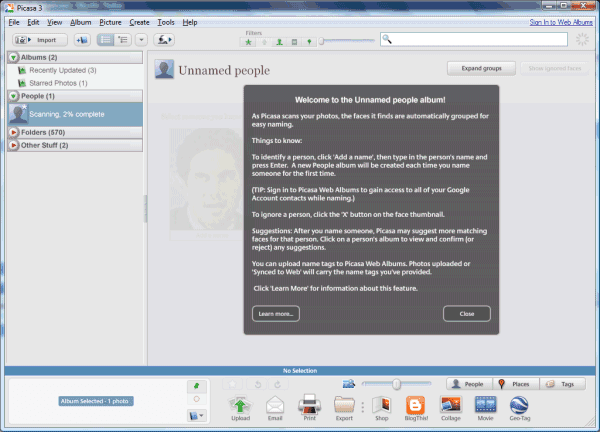 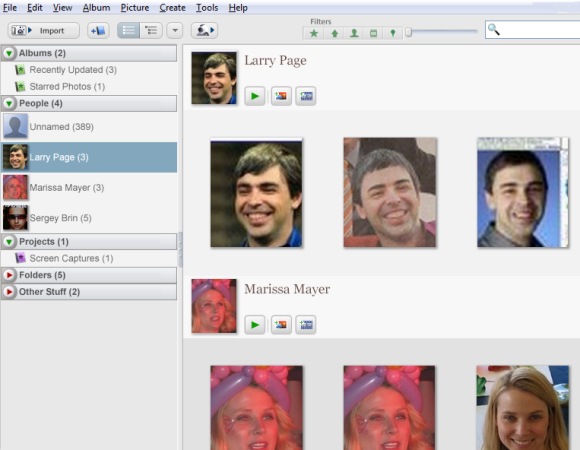 If you sign in using a Google account, you can choose people from your contacts when you're asked to add names for each group of photos. There's also the option to download the name tags from Picasa Web Albums if some of your photos are stored online.

"As with Picasa Web Albums, your reward for trudging through your photos to add tags is better organization, which for a massive library of old, archived shots can be hugely helpful," thinks Josh Lowensohn, from CNet.

Another new feature in Picasa 3.5 is geotagging using Google Maps. Until now, you had to install Google Earth to add locations to your photos. The latest version of Picasa has a "places" sidebar that lets you drag photos to a map.

[SOURCE]
Posted by AalsiPanda at 7:18 PM