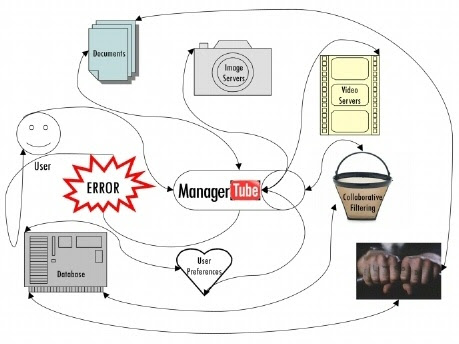 Popular video-sharing Web site YouTube has been banned once again -- this time round by Pakistan.

According to an Associated Press (AP) report, access to the Web site has been banned following anti-Islamic movies posted on the site by some users.

All 70 Internet Service Providers (ISPs) have been notified by the Pakistan Telecommunication Authority (PTA) -- of YouTube having been blocked until further notice.

A PTA official (who did not wish to be named) was quoted by AP as saying that the ban concerns a trailer for an upcoming film by Dutch lawmaker, Geert Wilders, which allegedly portrays the Islamic religion as fascist and prone to inciting violence against women and homosexuals. The PTA is also known to block Web sites for showing controversial drawings of Prophet Muhammad, the official revealed.

Web users have been urged by the PTA to write-in to YouTube, requesting the Web site to remove the objectionable movie clips, on condition that if and once this happens, Pak authorities will stop blocking YouTube.

Meanwhile, Pakistan is certainly not the first country to have banned YouTube.
Last year, Thailand imposed an almost four-month ban on the site because of video clips deemed offensive to the country's most revered monarch, King Bhumibol Adulyadej.

The latest instance is of Turkey having banned the site in January this year after users posted video clips deemed insulting to the country's founding father, Mustafa Kemal Ataturk. In Turkey, it's against the law to insult Ataturk.

BBC News Technology Editor, Darren Waters, went on to say that to block Pakistani citizens from accessing YouTube, Pakistan Telecom was believed to have 'hijacked' the Web server address of YouTube. However, details of this 'hijack' leaked out into the wider Internet from PCCW resulting in YouTube being blocked by Internet Service Providers not only in Pakistan but around the world. When YouTube engineer's informed PCCW about this, the block on the servers was lifted.

No wonder an angry Google lashed out at Pakistan, blaming the outage on "erroneous Internet protocols" sourced in Pakistan. The company issued a statement saying that the problem lasted for about two hours, and that traffic to YouTube was routed according to erroneous Internet protocols, and that many users around the world could not access YouTube. The statement said "users are quite upset and are screaming at ISPs who can't do anything".
Posted by AalsiPanda at 1:11 AM

How to Get Six Pack Fast said...